I fell foul of HP’s part ordering and managed to buy a small server without a DVD drive, lovely box though, an HP Proliant Microserver. 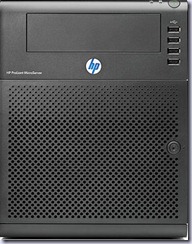 Not wanting to slow things down I tried numerous ways to boot the Windows Install from a USB pen, finally finding the web site below where the simple commands were posted.

Looks like this will work for Windows Vista, Windows 7 as well as Windows Server 2008.

I found that it was relatively easy to create such a tool!

At this point, you should be able to boot off of your USB stick (pending proper BIOS settings on the machine you’re booting up from) and it will install Windows off of the flash memory! Easy as that!