I love this infographic from Pirelli

Thanks to Sidepodcast for pointing it out to me

My heartfelt congratulations to Lewis Hamilton and McLaren on winning the 2008 Formula One World Drivers Championship , although not sure my nerves really with stood the last few laps! 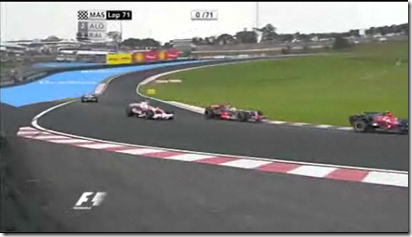 (picture clipped from excellent www.itv-f1.com website coverage, long may it continue, the BBC will have to work very hard to meet the challenge in 2009).

Full story on the excellent blog http://blogf1.co.uk/ or hear all about it at http://sidepodcast.com

Commiserations to Felipe Massa, I shudder to think what he went through after celebrating for 15 seconds!

Congratulations to Ferrari on winning the Constructors title.

I wasn’t sure whether to comment on the horrendous decision in Spa exacerbated by the non argument in Paris. If I argued in favour of Lewis/McLaren then I would be a partisan Englishman, if I spoke up for Ferrari then the same.

BUT I felt I had to put something down about the way the FIA wastes our time, if they knew at Spa that the appeal was inadmissible why oh why did they have to go through the farce of taking everybody to Paris argue their case for dismissal and then say sorry we can’t accept/reject your arguments as the appeal is inadmissible in the first place. Surely the FIA lawyers could have said that before convening the appeal hearing.

I can understand a drive through penalty being final, there is some debate before the penalty has to be applied, but once it has happened then fine, you can’t undo it. But the last five laps rule needs to be changed especially if the judgement on the infringement is made in the stewards room hours after the presentations.

If the FIA felt that the arguments for admissibility had to be made, why was the Tonio Liuzzi case not taken as a precedent? The fact that the Japanese GP case was heard at all and this one not will come back and bite the FIA at some time in the future

27. The Court, in a judgment of 12 October 2007 rendered in the Toro Rosso case concerning the 2007 Japanese Grand Prix (driver Vitantonio Liuzzi), concluded, in similar circumstances, that the appeal against a decision to impose a 25- second penalty was admissible. However, none of the parties concerned had raised the inadmissibility of the appeal in that case, the FIA for its part leaving the matter to the sovereign appreciation of the Court. Therefore, the Court was able, in the conclusion of its decision, to declare the appeal admissible, but it did not give reasons for its decision on the issue, as the question was not debated. Consequently that judgment does not present itself as settled law with respect to this question and does not bind the Court in the present case.

The fact that the FIA said there Chief Steward at Japan had made, and admitted to, making a mistake seems very odd as well.

In a surprise submission to the court, which will only fuel the belief among Hamilton’s supporters that the sport’s governing body is biased against him, McLaren revealed that FIA officials misrepresented the views of Tony Scott Andrews, the chief steward at last year’s Japanese Grand Prix, in correspondence sent only three days before yesterday’s hearing.

The court heard that McLaren were not content to take the FIA’s word on this critical matter and sent officials to Brands Hatch race track in Kent on Sunday, when Scott Andrews was officiating at a touring car meeting, to check if he had agreed that he had made a mistake. Scott Andrews was adamant that he had not and offered to put his views in writing to the court.

In a submission that makes embarrassing reading for the FIA, which has come under fire for its perceived bias against McLaren and Hamilton, Scott Andrews said that he was “extremely surprised by the content” of the FIA’s e-mail, which he described as “grossly inaccurate and misleading”. He also said that at no time during his conversation with Whiting had he been asked if he had made a mistake in imposing a time penalty on Liuzzi. “Had he [Whiting] done so, the answer would have been ‘no’,” Scott Andrews wrote.

In his closing speech to the court, Mark Phillips, QC, representing McLaren, described the matter as an “unfortunate exchange”. Clearly not wishing to rub the FIA’s nose in it, he added: “I ask you to reflect on that when you come to consider the way in which certain members of the FIA conducted themselves. I won’t say any more than that.”

I, personally, think McLaren should “rub the FIA’s nose!

Well on to Singapore where there isn’t any precedent.

This page was pointed out by F1Wolf on Twitter under the tweet ”can we get rid of mad Max, please”

and I must say I agree.

He now wants one engine across all formula 1 teams, my understanding and enthusiasm for F1 revolves around the fact that it is the pinnacle of motorsport with each competitor building the best and fastest car under the regulations building on their own and their partners strengths. If I wanted to watch Formula Ford or Formula Renault I would. These two both have the same engine and common components but the pinnacle they are not.

He wants teams to take account of “public awareness of environmental problems” fine, I probably agree, but why then remove the teams’ ability to produce their own engine management modules so that they could, for example, produce more economical engines that then work there way through to road cars. He might be back but he is not speaking for the current F1 fan (at least not the two in this house). 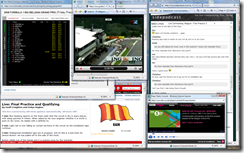