First tweetup of the year, not what we wanted holidays got in the way, we will work towards an event in February that is interactive.

Coming up on Thursday 4th October 2012. the next Banbury Tweetup to be held in town at the White Horse North Bar Banbury.
Emma Gascoigne who tweets as @chilternrail has agreed to attend and let us know how Chiltern Railways have used Twitter since 2008 to communicate with their travellers.

“We were the first train company to use Twitter to communicate with customers, we started using it in 2009 after monitoring it at the end of 2008. We have been in Social Brands 100 for 2 years and we’ve also launched a very innovate idea called “Tweet the Managers”. “

Please reserve the first Thursday of every month, for the Tweetup, an event where all users (social and business) cross contaminate each other and learn how to use the best in social media, be it Twitter, LinkedIn, Facebook Pinterest, Google+………..

I have created an event page on Eventbrite for you to register your interest.

Looks like I have been elected chairman following Claire Fuller’s superb work over the last eighteen months. 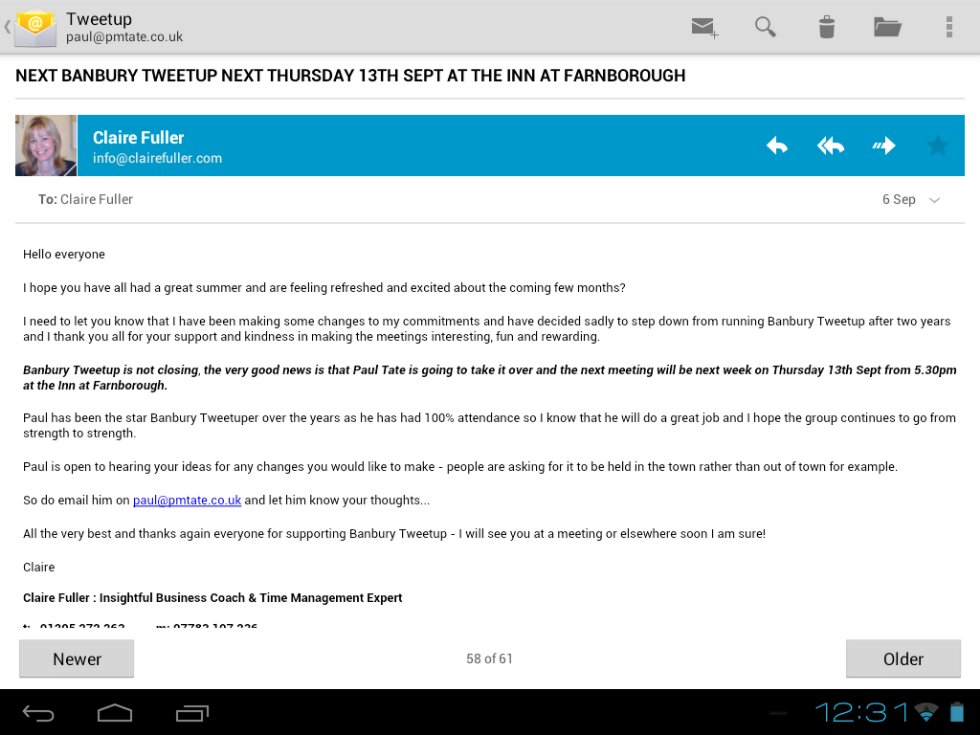 I will put a tab on my blog menu and add some postings specifically about the group, ideas about meetings, dates times, contact information summary o f links we found useful – this might need input from members to make sure it works properly.

next meeting Thursday 13th at 5:30pm the Inn at Farnbough