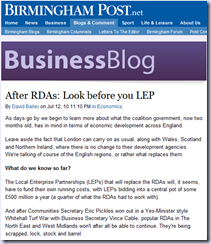 2 Replies to “You need to read “After RDAs: Look before you LEP””